A group of immigrant EB-5 investors are incensed that Bill Stenger, president and CEO of Jay Peak Resort, seized ownership of the Tram Haus Lodge and turned their half-million dollar equity stakes in the property into IOUs.

Investors had no knowledge of Stenger’s actions until five months after they were executed. 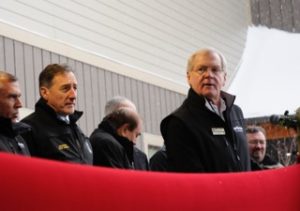 Stenger and his partner at Jay Peak, Miami-based Ariel Quiros, dissolved the company on Aug. 31, 2013, turned the investments into unsecured loans and “waived” investors’ legal rights, according to documents obtained by VTDigger. Stenger says he sent an email to investors with the promissory note on Jan. 24 of this year, but he did not mail official, paper copies until May.

After the investors sent letters of complaint to Stenger and the state, Jay Peak agreed to change certain terms of the IOU in a take-it-or-leave-it offer earlier this month.

In an interview, Stenger said he did not need to consult with the 35 limited partners in Jay Peak Hotel Suites, LP, before he dissolved the company, because Jay Peak had the legal right to do so under the limited partnership agreement with the investors.

Stenger said he regrets not communicating better with both investors and state officials, and he takes full responsibility for the “big mistake.”