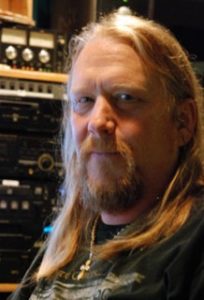 “Not just radio. Community radio,” they say at KOPN, where volunteers have been keeping the frequency live since March 3, 1973.

Part music and part talk, the station’s programming is diverse and sometimes controversial. There’s a waiting list for new DJs, whose first chance to get on the air is often in the middle of the night.

He’ll play some current country music — but only if it sounds traditional.