Laura Ziegler filed her first public records request because she wanted to weigh in on a proposed rule change about how and when psychiatric patients could be forcibly medicated. 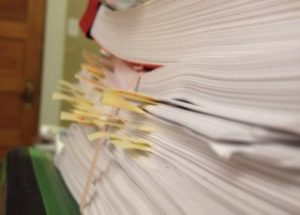 File photo by Hilary A. Niles ©

Since that first request 18 years ago, anything Ziegler may have learned hasn’t necessarily made accessing public records easier. Through her work as a citizen activist for patients’ rights — especially psychiatric patients and prisoners — Ziegler says she continually gets the run-around: Agencies redacting records that historically have been public. Delaying responses to her requests. Even respondents saying records don’t exist, when she knows they do.