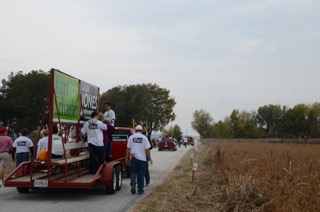 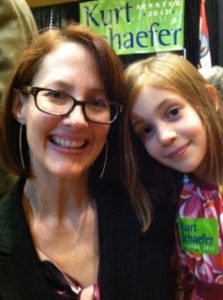 COLUMBIA — No Republican representing Columbia and Boone County has ever been re-elected to the Missouri Senate for a second term. Until now.

State Sen. Kurt Schaefer, R-Columbia, defeated his challenger from the House, two-term state Rep. Mary Still, D-Columbia, by a 15.8 percent margin, or 12,849 votes out of 81,169 cast for the race on Tuesday.

From a watch party with other Republican candidates at the Holiday Inn Executive Center in Columbia, Schaefer addressed a crowd of about 100.

“This is a victory for teamwork,” he said. “It’s a win for education. It is mandate for continuing to reach across the partisan aisle in the service of our neighbors and our shared vision of a stronger, safer and smarter Missouri.

“On an evening when Missourians have shown they are unbound by party, they have told us one thing unmistakably. They want us to pull together. And in my second term, I will be in the harness with the great Boone County delegation to make sure we get the things done we need to get done.”

Despite the wins for Schaefer and his new counterpart in the 44th District Missouri House seat, Republican Caleb Rowden, the mood was subdued as news came in that President Barack Obama had been re-elected.

Schaefer emphasized after his speech that his priority in the Senate would be to “continue to fund public education at the level it needs to be funded.”

Still watched results at Broadway Brewery. Around 10:40 p.m., she conceded.

“I have called Senator Schaefer and left a message of congratulations,” Still said.

She thanked her staff by name and her supporters. “We have sent a message,” she said. “… (Schaefer) will be a better senator because of this race. … I got to be honest and I had a great time doing this.”

Bill Horner, director of undergraduate studies in the Department of Political Science at MU, said he doesn’t believe Schaefer’s win reflects a shift to the right among Boone County voters.

“We know that Schaefer is not well-loved by much of his own party because of his moderate to liberal positions on many issues,” Horner said. While he thinks overstatements are sometimes made about “strategic voters,” Horner said that Boone County voters “are aware of the powerful position Schaefer holds and the good he can do for the university, which is by far the area’s largest employer.”

The race between Schaefer and Still, who have known each other since they worked as prosecutor and communications director, respectively, for then-Attorney General Jay Nixon in the 1990s, only became more heated as the campaign wore on. Schaefer indicated Tuesday night it was par for the course.

Schaefer attempted to portray Still as an ineffective negotiator, frequently boasting that he had passed more than 50 bills in four years while Still had passed none. Still tried to cast Schaefer as deceptively conservative, saying he would “take walks” to avoid publicly voting on bills that would reveal his right-wing alignment.

Both candidates spent a lot of money buying airtime on mid-Missouri television stations to spread their messages. The 19th District placed fourth among the most expensive regional ad rivalries logged this election season by Project Open Vault. The two candidates spent a total of $427,595 on 1,348 ads — more than 70 percent of that spending was Schaefer’s — at three Missouri stations.

Schaefer had far more money to spend. His campaign committee hauled in more than $1.2 million since April, while Still’s barely cleared $313,000, according to the most current records available at press time from the Missouri Ethics Commission.

The GOP win likely will have little impact on the overall political complexion of the state Senate. Currently, Republicans outnumber Democrats there with a filibuster-proof majority of 26 to 8.

But Schaefer is not just another Republican. The former prosecuting attorney, now a partner at the law firm Lathrop & Gage, LLP, is the current and likely future chair of the powerful Senate Appropriations Committee, which helps set and oversee all state spending.

Throughout the campaign, Schaefer and Still acknowledged MU’s driving role in the local economy and its dependence on state funding. Schaefer will have to balance this priority for the bulk of the district with the interests of Cooper County, Boone County’s new district partner following reapportionment after the 2010 census.

The agricultural economy of Cooper County moves most of its money through manufacturing, according to Census data. An additional boost comes from hotels and food service, thanks in part to the casino in Boonville. Boone County’s economy, on the other hand, is anchored by higher education and is driven more by retail than manufacturing or wholesale distribution.

There also are cultural differences.

At a recent candidate forum held in Boonville, roughly 35 members of the public who attended responded most favorably to socially and fiscally conservative messages. Among all candidate statements from several local district races, it was anti-abortion messages, support for gun rights, property tax relief for veterans and a defiant attitude toward federal spending mandates that drew the most applause.

Many audience questions centered around funding for public education. On this topic, Schaefer gained ground.

Central to his financial platform is opposition to Medicaid expansion. “Public education is our highest priority. … The federal government is eating up our education money with Medicaid (mandates) they force us to pay. That has got to stop,” Schaefer said.

Dissatisfaction with education policy is one of the reasons Schaefer ran for Senate to begin with, he told the Missourian in an earlier interview. Due to term limits, his next four years in that role will be his last. But that doesn’t necessarily mean that Schaefer’s campaigning days are over.